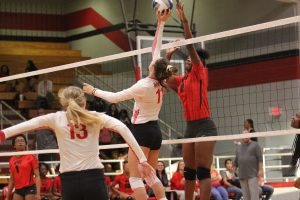 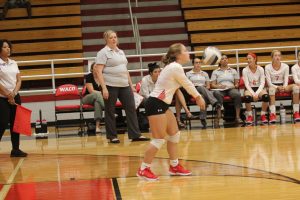 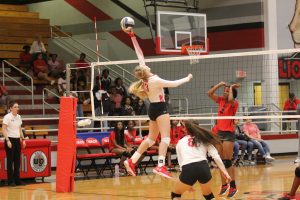 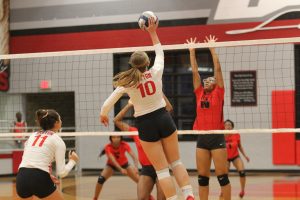 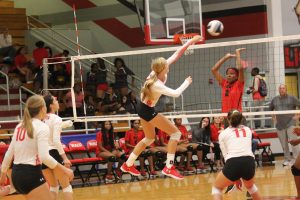 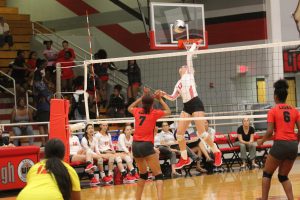 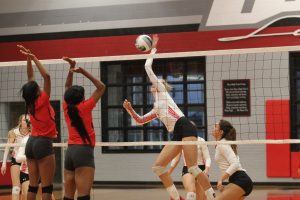 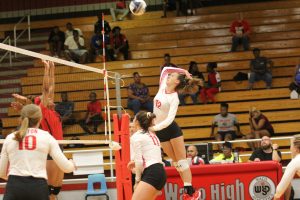 The Belton Lady Tigers went to Waco High School to take on the Lady Lions in an attempt to win their fifth win in a row.

The Lady Tigers broke free from a 5-5 tie in the first game and roared off on a 20-4 run to set the tone for a three-game sweep of the Lady Lions.

Emily Holder had a kill in the opening moments of the game and set up Kelsey Surovik and Kamryn Madden kills in a 10-8 opening advantage.

Belton received three aces apiece from Madden and Holder in the final 15-1 stretch in the game to win by 16 points.

It didn’t take long for Belton jump on Waco in the second game. Shelby Elliott’s game-opening ace set the tone for Lady Tigers, as they leapt out to a 10-5 advantage. A thundering kill by Madden triggered a 15-4 run and earned the Lady Tigers another 16-point win and a two games to none lead in the match.

Waco hung around with the Lady Tigers early in the third game, tying the game four times but not taking a lead.

With the score tied 6-6, Holder, Madden, and Abbey Karcher had consecutive kills to give Belton an 11-10 advantage.

Madison Ward’s ace started a 14-2 run and was finished off by a Madden kills to end the match with a 13-point win and a sweep.

“We practiced a few things this week in order to improve our game, such as serving,” Belton JV coach Jordan Petter said. “We’re trying to speed up our serving tempo, and I told the girls to practice that tonight. We also ran a new lineup on the second set. I felt like they accepted the challenge well and didn’t spaz just because we incorporated something new. We look forward to competing against Temple this Friday.

Belton freshman head coach Aereal Dickerson’s squad also pulled off the sweep of the Lady Lions freshman squad by scores of 25-9 and 25-7.

“It was out first time to take the trip to Waco High, so I’m proud of all three teams for securing wins tonight,” Belton head coach Krystal Brodbeck said. “We look forward to sharing the Cross Town Rivalry with football on Friday, as we travel across town to play Temple”