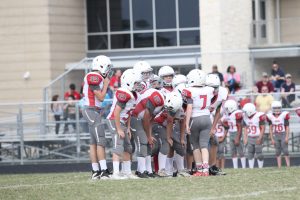 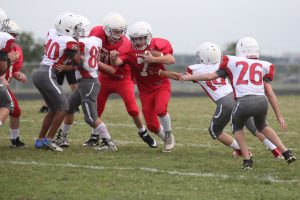 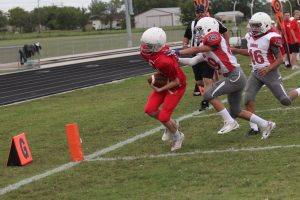 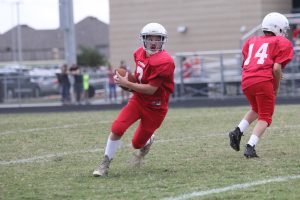 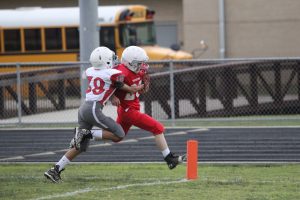 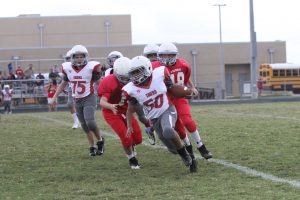 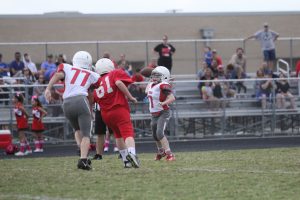 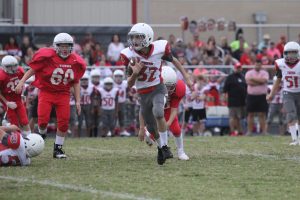 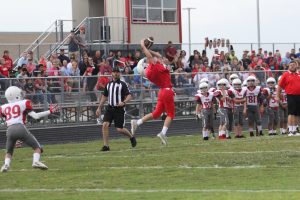 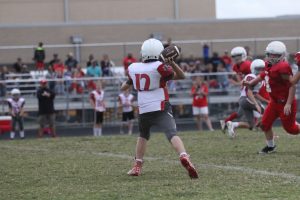 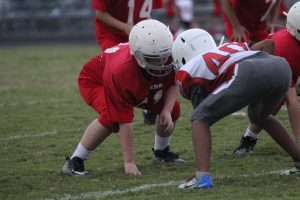 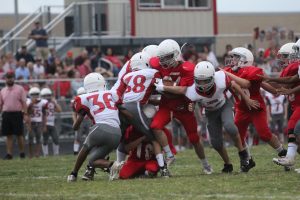 Peyton Flanagan’s 11-yard touchdown pass to Evan Williams on North Belton’s first possession was the go-ahead score in the ballgame, as the North Belton defense held their counterparts out of the end zone in a 23-0 shutout of South Belton.

South had the ball first to start the game and found themselves in an early down and distance hole. On third down and 23 at the SBMS 15, Mason Trovinger intercepted the ball and returned it to the 10-yard line. Flanagan’s pass to Williams with 4:16 to play in the first quarter put the North Tigers on the board. Jessie Maddison’s conversion run made the score 7-0.

SBMS had difficulties getting the offense moving on the second drive and turned the ball over on downs at the North 48.

Maddison capped an eight-play, 51-yard drive the took 3:10 off of the clock with a 21-yard touchdown run. Flanagan’s conversion pass to Joseph Higgins was good to lift North to a 14-0 lead with 5:54 to play in the first half.

An onside kick by North was recovered by Williams at the South 41. Williams scored seven plays later on a 15-yard touchdown run with 3:15 to go in the first half. Maddison scored on the conversion to put North up 21-0.

Miguel Sanchez’s 22-yard kickoff return gave South the ball at midfield. Brett Shadrick’s 14-yard completion to Benjamin Keko gave the South Tigers a chance to score late in the half. Ron Vaughan’s interception and return to the North 40 squelched the drive and kept North in the lead at the half, 21-0.

Defenses ruled the second half, as neither team could get a foothold on good field position. A bad punt snap by South resulted in a safety with 1:46 to play in the game for North’s final points.