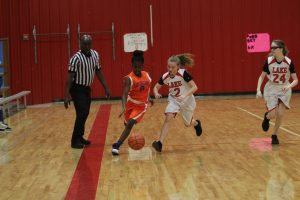 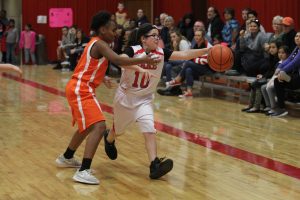 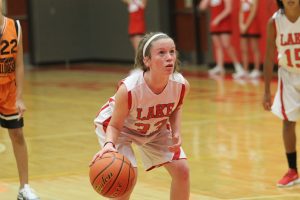 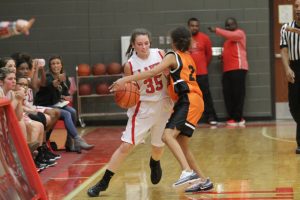 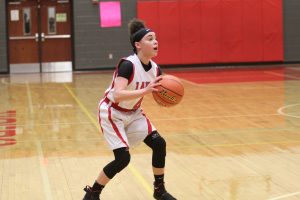 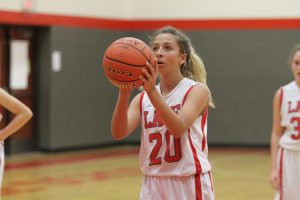 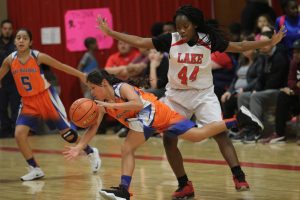 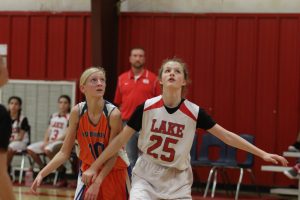 The seventh grade B game featured just one field goal in the first quarter, as Bonham led 2-0.

In the second quarter, Scarlett Finch scored the lone basket of the quarter. Bonham led 8-1 at the half.

In the third quarter, Daniela Garcia and Haidyn Cox scored the lone Lady Tigers’ baskets of the frame. The Lady Bulldogs maintained a 12-5 advantage.

In the final quarter, Elizabeth Chamberlain scored the lone basket as Bonham finished the game on a 10-2 run to win, 22-7.

In the seventh grade A game, Zuri Little scored the only basket of the game with 2:32 remaining in the third quarter, as Bonham defeated LBMS 27-2.

The Lady Bulldogs led 11-0 after the first quarter and 21-0 at the half. The Lady Tigers’ defense held Bonham to just three points in the third quarter.

In the eighth grade B game, Madison White, Kambree Hollingworth and Candace Ozark combined to score the first six points of the game and the Lady Tigers held Bonham scoreless in the first quarter.

In the second quarter, both teams were cold from the floor. Lake Belton maintained a 6-2 lead at the half.

In the final period, Jackson scored four points and Ozark had a pair of points, as the Lady Tigers closed out the contest with a 19-8 win.

Calloway several steals and a couple of breakaway layups in the first quarter. Isabella Hinds, Mariah Dilworth and Rebekah Bledsoe also had field goals, as Lake Belton led at the end of the first quarter, 14-0.

Bonham and the Lady Tigers each scored two points in the second quarter, with Shaune Little posting Lake Belton’s lone field goal to give LBMS a 16-2 halftime lead.

In the third quarter, Lake put together a 14-2 run. Calloway contributed six points, all on steals and layups. Bledsoe added four points and Dilworth and Hinds each scored two points to give the Lady Tigers a 30-4 advantage going into the fourth quarter.

Bonham outscored Lake Belton 6-4 in the final quarter, as much of the bench saw action for the Lady Tigers. Keyana Norward and Allie Angell each scored, as the Lady Tigers went on to win by 24 points.

The Lady Tigers are off until January 10, as they will host South Belton Middle School.