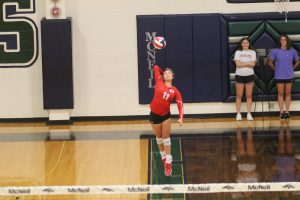 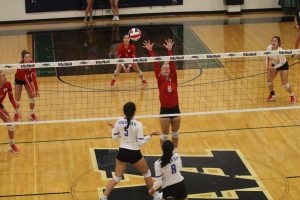 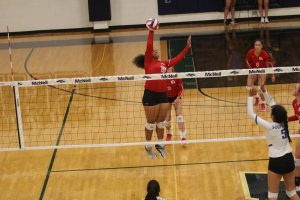 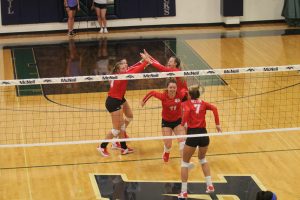 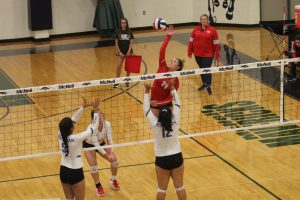 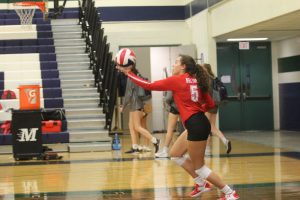 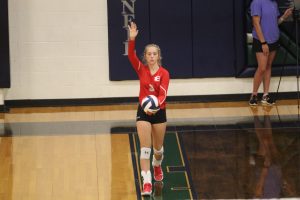 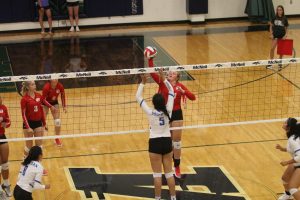 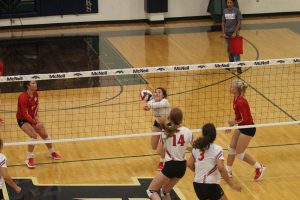 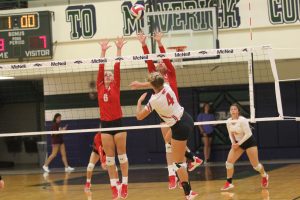 The first opponent of the day was the South San Antonio Bobcats.

Belton played the Bobcats tight throughout the match, but South San Antonio pulled out the two games to one win.

SSA created separation with good ball movement and timely shots to put Belton on edge. Holder and MyKaela Johnston put together a series of kills, and Holder added two aces in the late stretch. The Bobcats escaped game one with a four-point win.

With the score tied 4-4, Miranda Davila served eight consecutive points to help give Belton a 12-4 lead. A pair of Campbell Burnett blocks and Eli Smith kills highlighted the final 13-9 stretch to snag Belton the 11-point win.

In the third and deciding game, Belton jumped out to a 7-3 lead, with Davila serving four straight points. The Bobcats tied the score with four straight points of their own before Mackenzie Mansell served four points to give Belton an 11-9 lead. The teams seesawed back and forth before the Bobcats pulled away for the win.

The loss sent the Lady Tigers towards the consolation side of the Silver Bracket, as they took on the Splendora Lady Cats.

Belton came from five points down to take the first game. The Lady Cats led the entirety of the second game before Belton busted loose in the third game for a five-point win and won the match two games to one.

Splendora took advantage of four early Belton service errors to jump out to a 12-10 lead in the second game. The Lady Cats went on a 13-8, game finishing run to tie up the match at a game apiece.

Belton did not trail in the third game, as Karcher and Morgan Weber had kills to get the momentum in the Lady Tigers’ favor from the outset. Holder had a block and two assists on two Karcher kills to put Belton ahead 14-10. Holder and Karcher didn’t stop there, as the pair combined on six kills and sandwiched them around Isa Holguin’s ace for a five-point win and help advance the Lady Tigers into the Silver Bracket Consolation Championship against the Seguin Matadors.

Belton took the momentum from the third game against Splendora and immediately applied it to their final match. The Lady Tigers never trailed and swept the Matadors by scores of 25-10 and 25-11.

A Karcher block and kill, Holder assist, and Burnett attack helped the Lady Tigers out to 6-3 lead. Savannah Grohmann served eight straight points, as Belton got two kills from Karcher and one each from Holder and Weber to finish off the game on a 19-7 streak to give Belton a 15-point win.

Belton then started the second game with 10 straight points, all served by Holder, who also provided three straight assists on back-to-back-to-back Karcher kills. The Lady Tigers did not let up, as they outscored Seguin 15-11 over the final 26 points for give Belton the Silver Bracket Consolation championship.

The Lady Tigers will start play at the 2019 Northwest ISD Tournament, starting on Thursday.