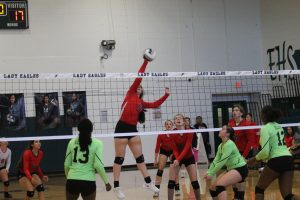 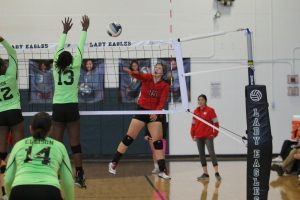 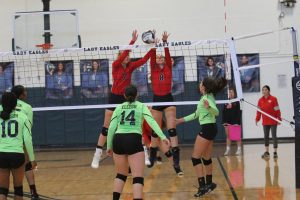 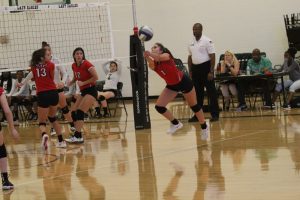 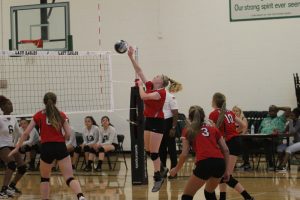 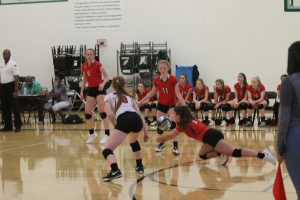 The Belton Junior Varsity and Freshmen Red teams took on the Lady Eagles at Ellison High School on Tuesday evening.

In the junior varsity tilt, Belton had a seven-point late in the first game before Ellison rallied take the game and put the Lady Tigers in a tough hole to climb out of in second contest. At the end of the night, Belton dropped a pair of games to the Lady Eagles.

Belton jumped out to a 12-6 lead, thanks to a pair of attacks by Keira Campbell and McKenna Maddux. Ellison then went on a 7-2 run to pull within a point at 14-13. The Lady Tigers answered with a 6-0 run to take their biggest lead of the night, seven points, 20-13. The Lady Eagles chipped away at the lead and fought off four game points to tied the game at 24-24. They fought off a fifth game-point at 25-24 and scored three of the last four points to win by the two-point minimum.

The Lady Tigers struggled to get a foothold in the second game, as they trailed by as much as eight points before making a 5-1 run at the end.

The Freshmen Red squad got quite a fight from the Lady Eagles Freshman team. At the end of the night, Belton pulled away in the third game to win the match, two games to one. The scores were 25-22, 22-25 and 25-14.