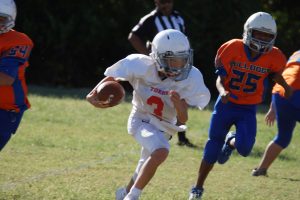 On Tuesday, October 8th, the Lake Belton Tigers traveled to Bonham Middle School to play the Bulldogs and finish what their 7th grade little brothers started. The 8th grade would complete the sweep over Bonham with both the White team and Red team winning on the night. 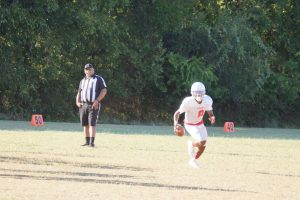 The White team started off the night with a 26 – 0 win over the Bulldogs. Gregory Muselman continued to dazzle with his legs and his arms running and throwing for touchdowns and point after tries. The defense held steady and did not allow a score for the second week in a row. The defense was led by defensive tackle Sebastian Davila. Offensive player of the game was Muselman. Defensive Player of the game was Davila. 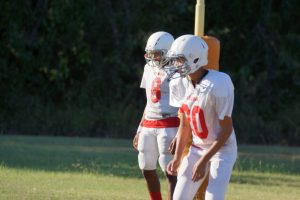 The Red team would close out the night with a 41 – 13 win over the Bulldogs. The Tigers were led by the strong running from Micah Hudson and Selman Bridges. The defense dominated and was led by linebackers Jamaar Rhoder and Wyatt Butler. Malachi Bazemore would score on a blocked punt by Butler. Offensive Player of the game was Hudson. Defensive Player of the game was Bazemore. 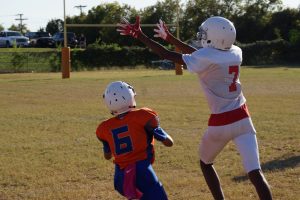