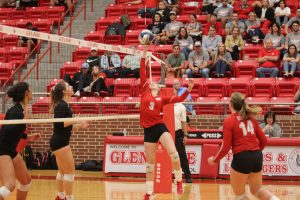 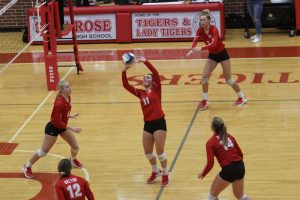 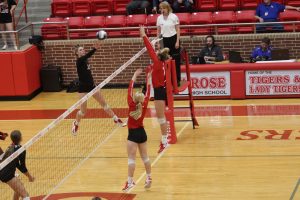 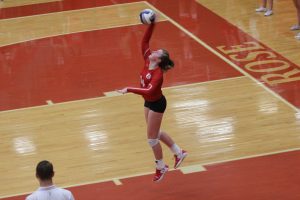 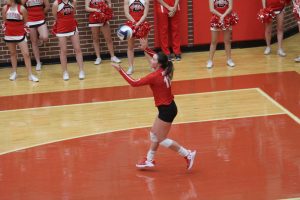 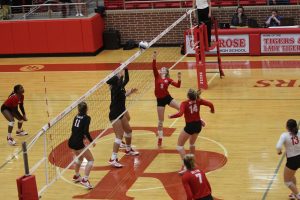 The Belton Lady Tigers began their 2019 post season in Glen Rose on Tuesday evening against the Rockwall Heath Lady Hawks.

The match was a rematch of the 2018 bi-district playoffs, in which Heath swept Belton in Corsicana to end last season.

Heath repeated the feat on Tuesday with a three-game sweep of Belton to conclude the Lady Tigers’ 2019 season.

Isa Holguin served Belton out to a 1-0 lead before back-to-back kills by Bre Kelley gave Heath (22-20) its first lead of the contest.

Emily Holder assisted on a pair of Abbey Karcher kills, Eli Smith added a kill, and Miranda Davila assisted on a dump kill by Holder to give Belton a 10-7 lead.

Belton broke serve, but Heath continued to pepper the Belton backcourt will kills, which forced Belton Head Coach Krystal Brodbeck to call a timeout with the Lady Tigers down 17-13.

Heath immediately swooped in on the Lady Tigers in the second game with an 8-2 opening run, which forced Brodbeck to take an early timeout.

The Lady Hawks opened up an 11-point lead, as Belton was unable to catch up and was put on the brink of elimination trailing two games to none.

Belton was met with heavy Heath resistance in the third game, as the Lady Hawks seemed to counter everything that the Lady Tigers blasted at them.

The Lady Tigers were able to keep the game close in the early-going of the third game, with Morgan Weber picking up a block and McKenzie Mansell picking up a couple of assists.

Heath began to pull away with the score 5-4 on a 12-5 run, which forced another Belton timeout. However, the timeout did not stem the tide of Heath’s momentum. The Lady Hawks closed the match with an 11-point win.

Belton finished the season with a 20-23 record.