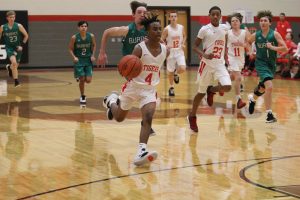 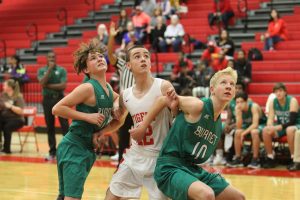 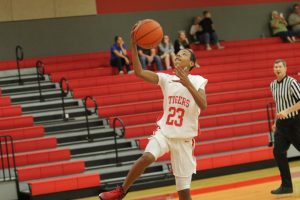 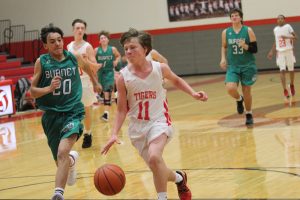 Gossett netted six points in the first quarter and got baskets from Jack Tabat, Christopher Scott, Easton Hammond, and Mason Gerrard over the course of the opening period. The Tigers led after the first eight minutes, 15-6.

Desmond Adams scored eight points during the Tigers’ 16-8 deluge in the second quarter. Belton led at the half, 31-14.

Adams, Tabat, Javeon Wilcox, Emerson Foutz, and Leonard King combined for the final 17 points of the game. King scored the final basket from 65-feet away, to help clinch the 38-point win.

Belton will travel to Elgin to take on the Wildcats on Tuesday afternoon.