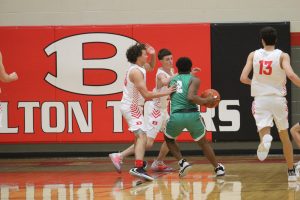 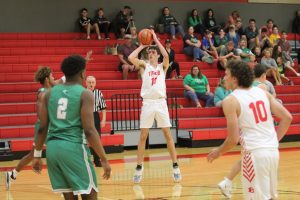 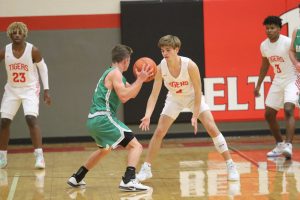 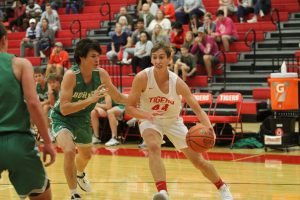 T.J. Johnson, Diego Santana, and Josh Rardin each scored in double-figures, as the Tigers used a couple of big runs to separate themselves from the Bulldogs. Belton emerged with an 84-49 win over Burnet.

The Tigers improved to 2-0 on the season with a road trip to Elgin on Tuesday upcoming.

Johnson hit a three-pointer to put the Tigers on the board 1:56 into the contest after both teams failed to find a successful shot.

After Burnet took a 4-3 lead, Tyson Pine hit a three-pointer to give the Tigers the lead. Burnet tied the score at 6-6 before Johnson scored seven straight points and new call-up Seth Morgan hit a bucket to give the Tigers 15-6 lead.

Rardin sank a three-pointer from the right corner to continue the Tigers’ run. Santana, Johnson and Ben Jones each drained baskets before the Bulldogs broke the 18-0 run with a three-pointer to make the score 33-10. Johnson, Santana, Morgan, and D’emante Smith continued the deluge towards the end of the half, as Belton opened up a 26-point lead, 40-14.

It didn’t take long for the Tigers to start ripping the twine again, as Johnson, Santana Pine, and Rardin combined for an 18-5 Belton run over a 4:09 span. The Tigers led by as many as 42 points before the Bulldogs closed the gap to 40 points at the end of the third quarter, 69-29.