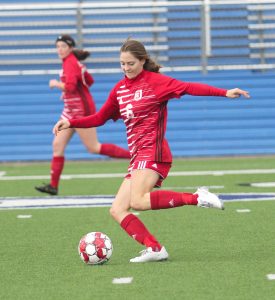 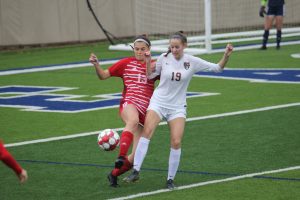 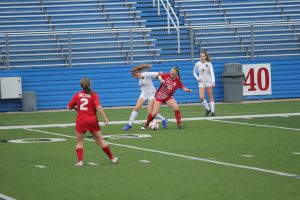 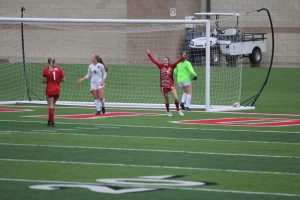 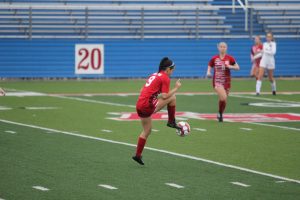 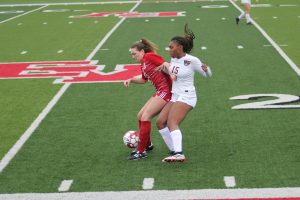 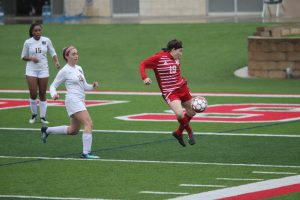 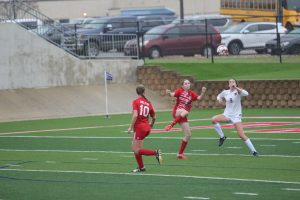 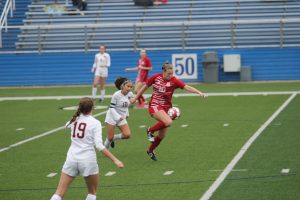 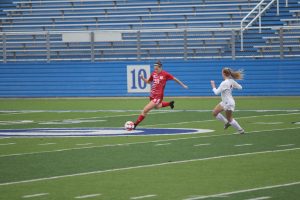 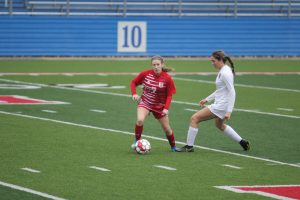 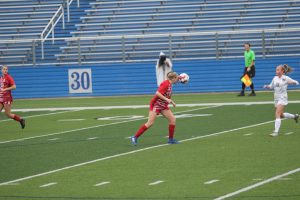 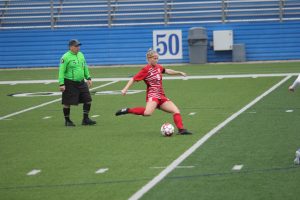 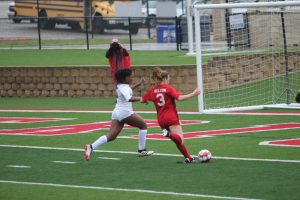 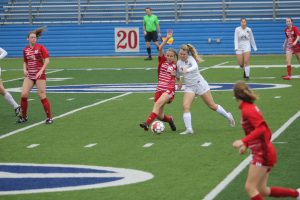 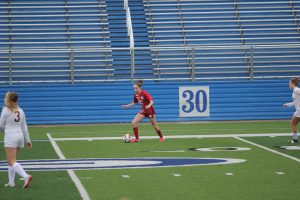 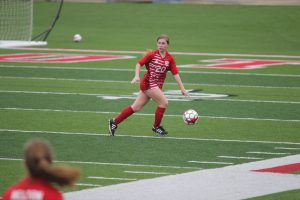 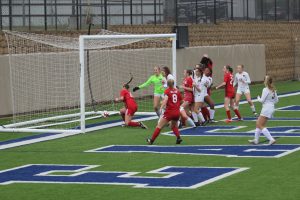 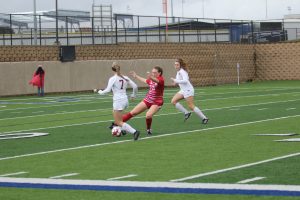 The Belton Lady Tigers began their three-day tournament on Thursday at the Georgetown Governor’s Cup against Leander Rouse at Birkelbach Stadium.

The Lady Tigers got tallies from Abby Cargile, Kirsten Bush, Evie Nix, and Rachel Mahan on their way to a 5-0 win over the Lady Raiders.

The balance of play was almost exclusively in the Lady Tigers’ favor in the first half, which featured great defense by Sophie Elliott, Madison Farwell, Makenna Frisch, Tobi Corder, and Abby Ponder.

Belton (2-1-2) hit the scoresheet 6:01 into the game, as Makenna Morrow’s centering pass was headed in by Cargile to put Belton up 1-0.

The Lady Tigers peppered the Rouse goal with plenty of shots. Nix, Mahan, Bush, Davis, Rylyn Reyes and Abby Lucksinger all had shots on goal that were snagged.

Katelyn Chrisman’s save with 2:53 to go in the first half led to a rush up the field. A crossing pass was briefly intercepted. However, it bounced off the Rouse player and afforded Bush a point-blank breakaway that she deposited into the back of the Lady Raiders’ net with 2:32 to go in the half, which gave the Lady Tigers a 2-0 lead.

Cargile blasted a free-kick from 40 yards out, and the Rouse goalkeeper made a two-handed save on the ball headed for under the crossbar. The ensuing corner kick was steered aside at the horn, which kept the Lady Tigers with a 2-0 lead at the half.

Nix let go of four solid shots that went to the left of the Rouse keeper in the first 12 minutes of the second half.

After a slow-roller was scooped up by Chrisman, Belton worked the ball down the field. With 27:15 to go, Cargile’s corner kick was deposited in the net by Nix to put Belton up 3-0.

Just 2:18 later, Davis picked the pocket of a Rouse defender at the top of the goal box, turned around, and blasted a shot by the Rouse keeper to increase the lead to 4-0.

Thirty seconds following the fourth goal, Mahan let go of a 45-yard blast that slipped through the Rouse goalkeeper’s hands and into the net to give Belton a 5-0 lead with 24:27 to play in the game.

Head Coach Oscar Bersoza infused the lineup with starters and reserves working in perfect tandem. Goalkeepers Chrisman and Stephanie Sanders combined for the clean sheet, as Chrisman got the start and Sanders came on later in the second half.

Scarlett Gott and Cargile had opportunities late in the contest, but the chances were steered away by the Rouse backliners.

Belton returns to action Friday morning at 10:45 a.m. as they take on Klein Oak on the GHS Auxiliary Field, located right outside of Birkelbach Field.