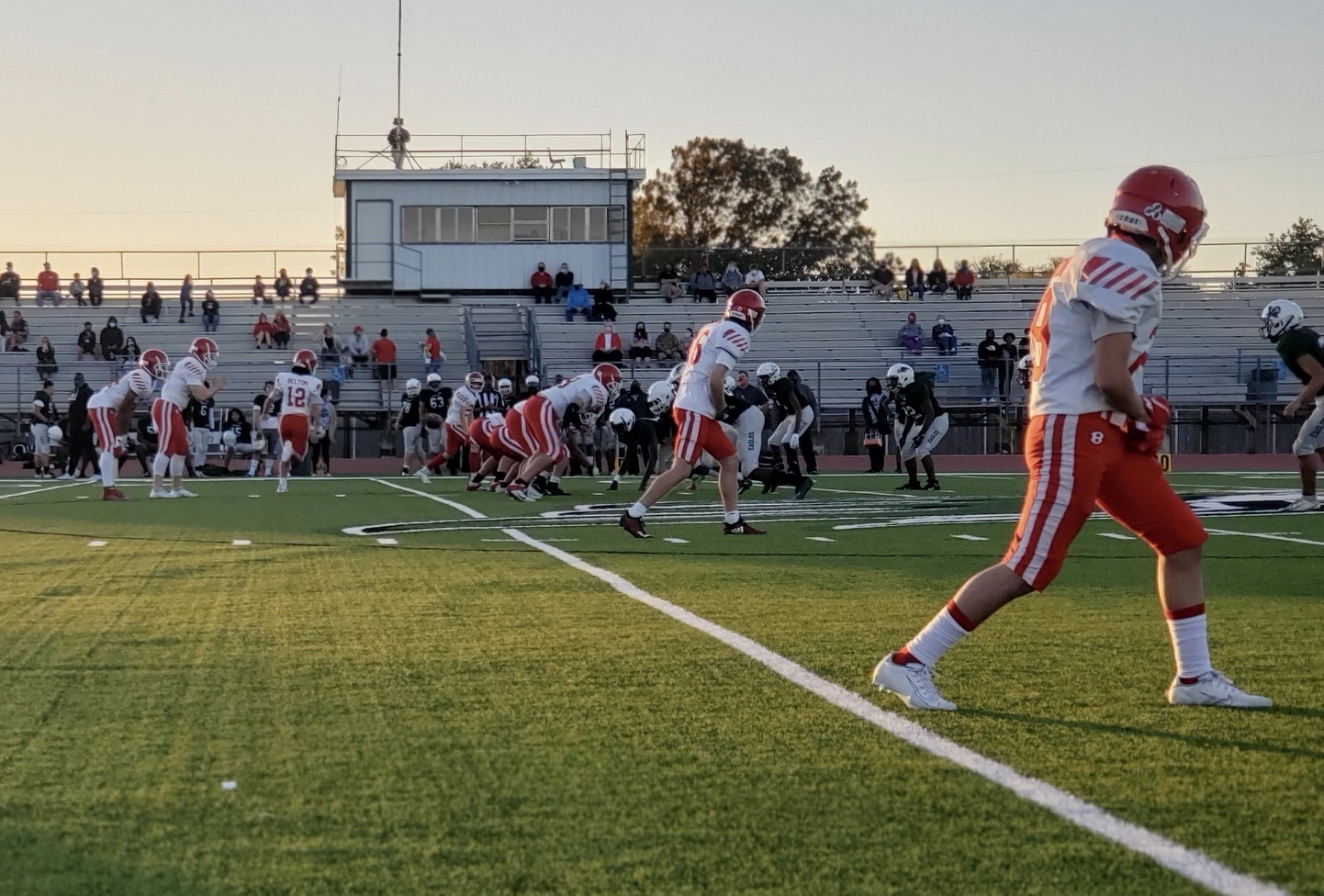 The JV Red Tigers journeyed to the newly refurbished Eagle’s nest Thursday evening in hopes of a 2-game sweep of Ellisons on the season. But after the fur & feathers had settled, both teams had to be satisfied with a 14-14 tie.

Just like in last week’s game, the JV Red “played a team with a lot of helmet stickers on them,” & the gun-shy Tigers came out a little hesitant.

So, it didn’t start off very pleasant for the JV Red. The Eagles struck first in the opening quarter with a TD run & 2-point conversion thus soaring to an 8-0 lead.  The Tiger offense would sputter the entire half while the defense would dig in & hold their own thus resulting in an 8-0 Ellisons half time lead.

After some adjustments & suggestions by the offensive carburetor at half time, the JV Red offense would finally hit pay dirt to start the 3rd quarter. Starting on their own 20-yard line, the Tigers used a 16-play, time consuming, smash-mouth football drive that ate up most of the quarter & was highlighted by the hard-hitting, “run for your life”-style running of the triplets – Donovan Thompson, Elijah Warner & Slade Leblanc. Capping off the 80-yard drive, Leblanc would seal the deal galloping less than 1 yard for the TD.  The ensuing 2-point play failed miserably, but the Tigers were BACK in the game, now down just 8-6 at the end of the 3rd quarter. 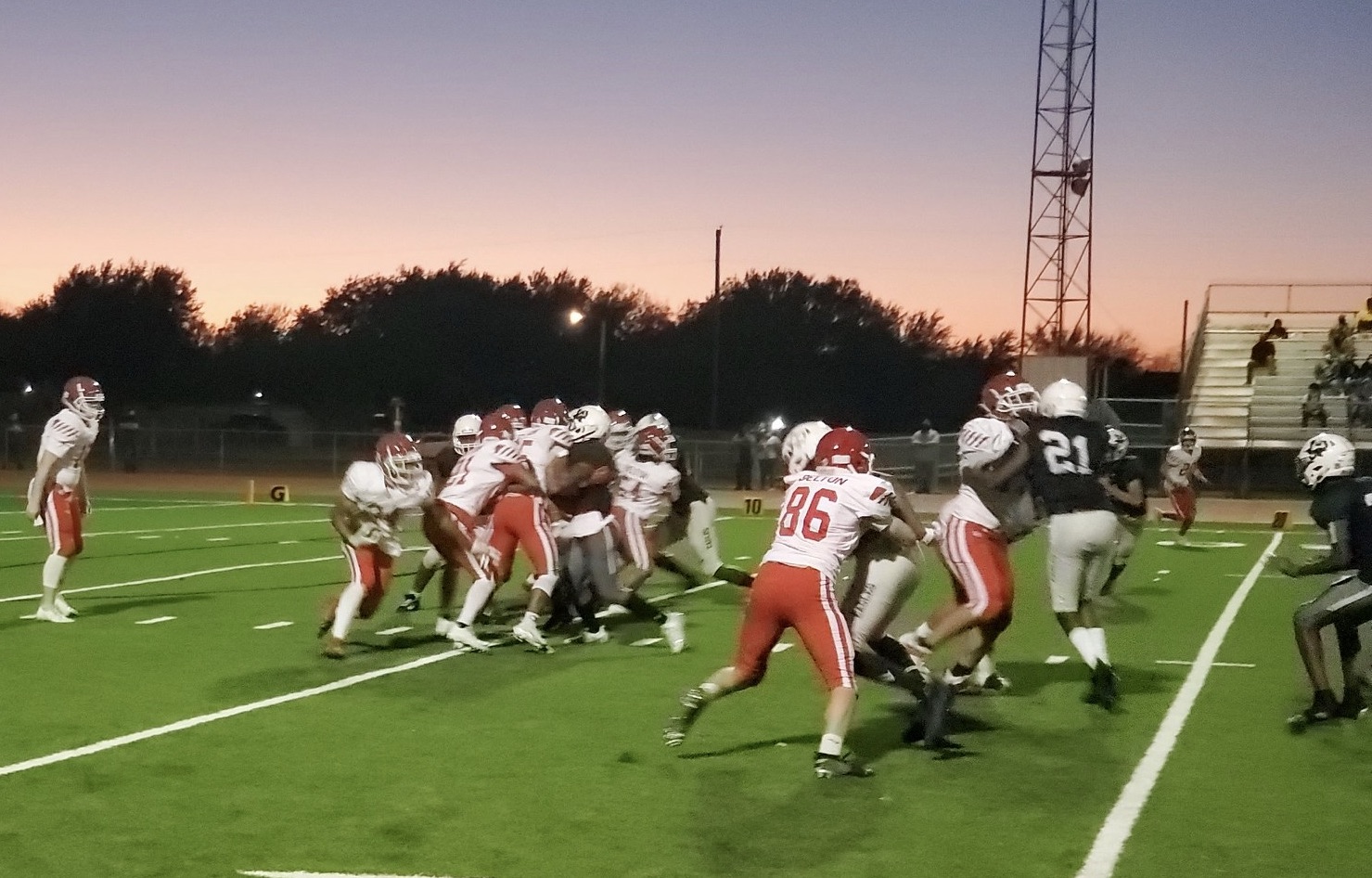 Well, that didn’t last long as Ellisons would march down the field & score with a TD run to start off the final quarter. Their 2-point conversion was not very good either, & the score was now, 14-6 Eagles.

But, the JV Red offense was not finished, no sir! The Tigers decided to spread the Eagle defense out resulting in a 9 play, 75-yard drive. A variety of screens to Thompson & QB-designed runs by Leblanc got the offense deep inside Eagle territory. Elijah Warner would come up roses with 2-yard burst for the TD. Thompson would power his way in for the 2-point conversion run thus knotting the game up at 14-14. 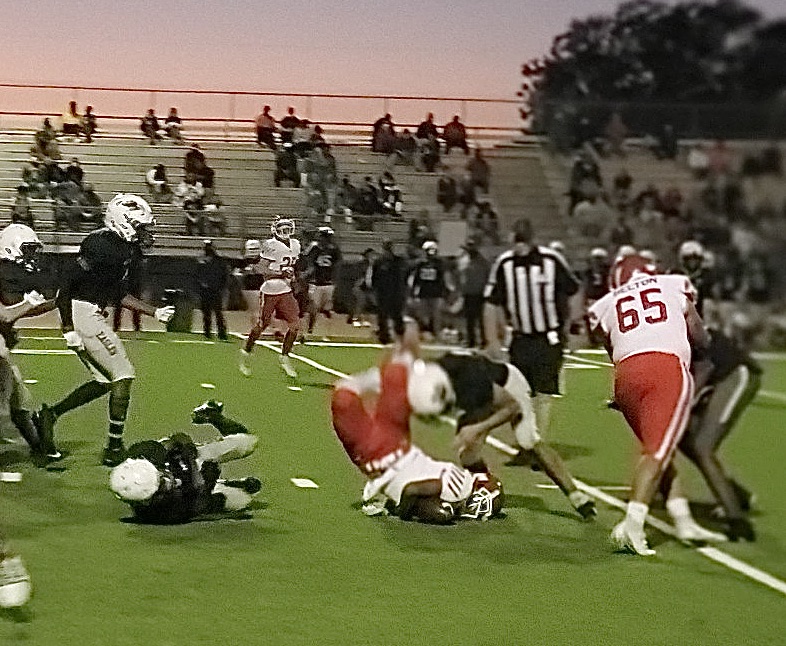 The last few minutes of the game got pretty interesting for both teams with mistakes & poor clock management, but the final score would end up being tied at 14-14.  The Tigers never backed down or gave up.  They overcame some of their own, self-inflicted mistakes & fought hard all 4 quarters.

Top Performances by the Tigers include:

Big catch on a 4th down play by Aidan King.

The punting of Slade Leblanc.

The JV Red Tigers (4-4-1 season; 3-2-1 District) will end their season during the Thanksgiving holiday at home next Wednesday versus Killeens Shoemaker; game time is at 5pm. 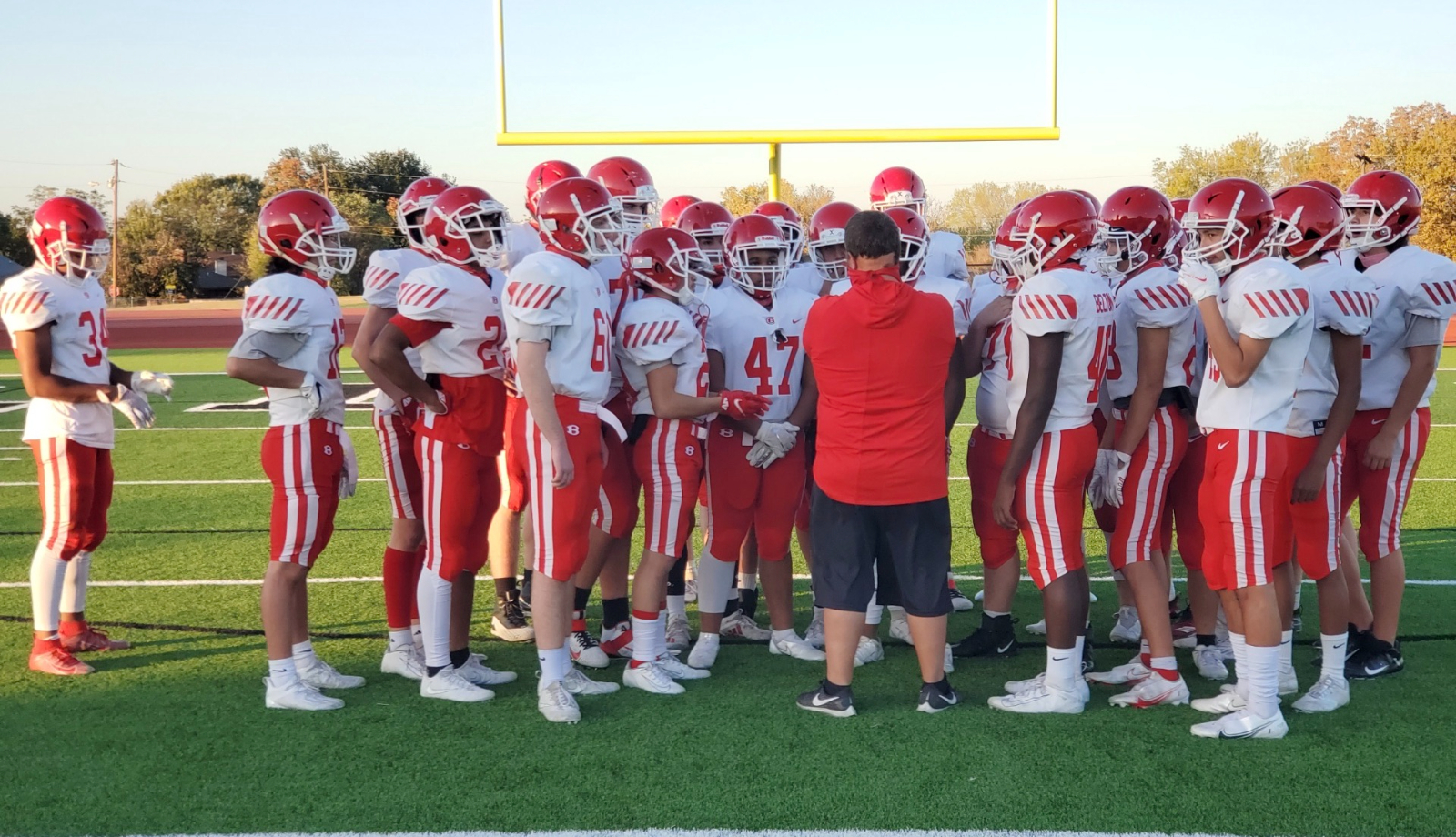