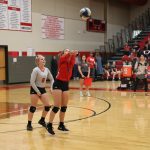 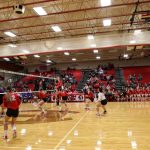 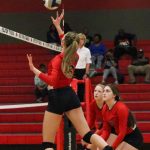 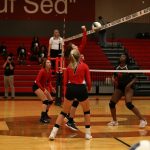 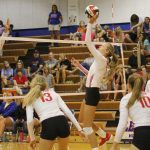 Revenge is a dish served best cold. After two days of being on the wrong end of scores after playing at Leander ISD’s Volleypalooza, combined with dropping the final two games at the Northwest ISD Tournament last weekend and losing to Midway on Tuesday night, the Belton Lady Tigers had enough. Quite enough. Belton used Saturday 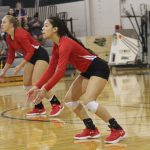 The Belton Lady Tigers looked to get back to winning ways on Thursday and Friday in Leander and Cedar Park at LISD’s Volleypalooza. The team had lost three straight matches going into play on Thursday morning against Vandegrift. It is the second meeting of the year between the two schools this season, with 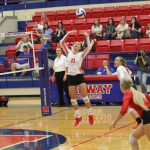 For several years in area volleyball, two schools that have been in Belton’s district have dominated the landscape: Midway and Copperas Cove. The mission for Belton head coach Krystal Brodbeck was to put her Belton Lady Tigers Volleyball program in tournaments to elevate their competition level and challenge each team on each level. “There are 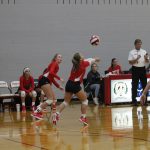 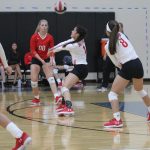 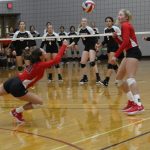 The Belton Lady Tigers played three tough teams in the opening of the Northwest ISD Volleyball on Thursday. The team in consolation pool 30, against Midland, Keller Fossil Ridge, and Dumas Friday at Northwest High School. The Lady Tigers played with just nine players, as Eli Smith injured her foot prior to Thursday’s game against 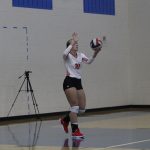 The Belton Lady Tigers traveled on Thursday morning to Byron Nelson High School in Trophy Club for the opening pool session of the 2018 Northwest ISD Volleyball Tournament. The Lady Tigers took on three rare opponents in Pool 9 play, as they were grouped with Keller, Frisco Reedy, and Round Rock Cedar Ridge. In 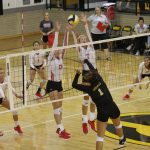 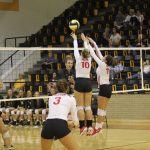 On Tuesday evening, the Belton Lady Tigers Volleyball program traveled to one of the toughest places to play when in Central Texas for a non-district matchup: Gatesville’s Hornet Gymnasium. The Belton freshmen led off the night and did not trail in either game, as they swept the Lady Hornets freshman team. The scores of 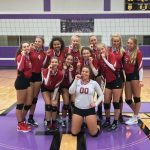 WHAT A FABULOUS END TO A TOURNAMENT! All three divisions (Freshmen White, Freshmen Red, and JV) performed at an outstanding level at the Centex Tournament, which hosted at least 20 teams. Freshmen White won SECOND in the SILVER BRACKET! First, they competed against Whitney, but came up short: 19-25 and 24-25. Next, they took on