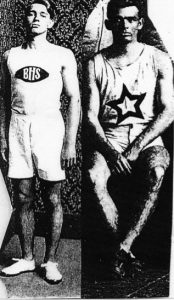 Dougherty was also the Captain of the baseball team and “one of the fastest ends in Texas” as a member of the Belton Tiger Football team. 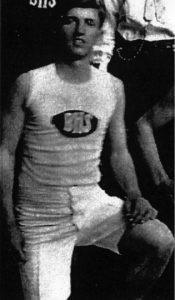 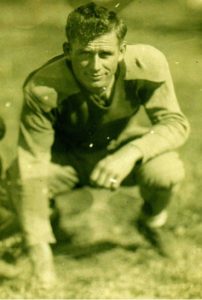 He was one of only 2 players from a small school named to a 33 man large school All-State Team. Higgonbotham led Belton to a 7-1-1 record & its 2nd ever win over Temple.

Higgonbotham started at left tackle at Southwestern University in Georgetown in 1928 & was a 2-year starter at St. Mary’s University of San Antonio in 1929 & 1930.

His family came to Belton in 1913 & he lived all his life in Bell County. 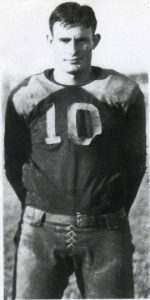 Joe was named Belton’s top athlete in 1932. He was the starting Quarterback weighing in at 140 lbs. Joe also played basketball, track & baseball.

In the County Meet of 1932, Joe won the 120 hurdles and was on the winning mile relay team.

After the 1931 baseball season, he was offered a contract by the Houston Buffaloes of the Texas League. Barnes payed football & basketball for 4 years at Southwestern University, where he was named most outstanding player in the Texas Conference in 1935. Barnes is a member of Southwestern’s Athletic Hall of Fame. 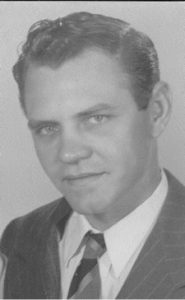 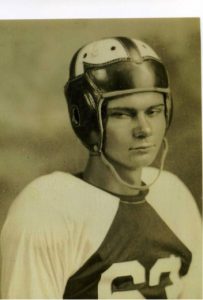 Dugger played football at westminster College in Tehuacana Texas. He also served in the U.S. Navy in World War II. He is buried in Sam Houston National Cemetery. 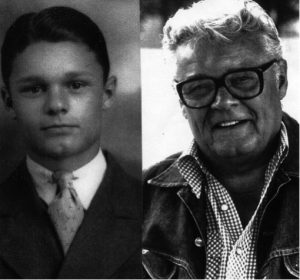 Sherrod (known as Texas’ most famous sportswriter) was the QB for the 1935 Belton Tiger Football team.

Sherrod was the sports editor of the Dallas Times Herald & the Dallas Morning News from 1960’s thru the 1990’s.

Sherrod was named several times as TX & National Sports Writer of the year. 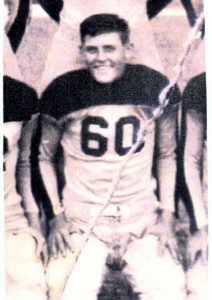 Miller was named to the Class B All-State Football Team by the Waco Tribune-Herald after his Jr year of 1937. The Tigers went (9-0) in District in 1937. In 1937 the Tiger defense allowed only 6 points on the year.

Miller was selected and played in the 1938 Oil Bowl All-Star Game in Wichita Falls. He then went on to play 2 seasons at Texas A&M. 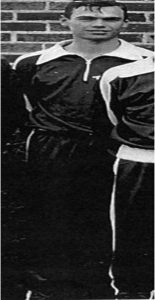 Wilson was named to the All-State Tournament team at the State Basketball Tournament of 1938, he was selected as one of the top 5 players on the top 8 teams at state.

The 6’2″ forward scored 16 of Belton’s 24 points in the state tournament loss to Dallas Woodrow Wilson. Wilson was Belton’s leading scorer for three years on the Tiger Basketball team that went to the regional tournament 1936, 37 & 38.

Belton upset Dallas Thomas Jefferson High School in the regional final to make the “Final Eight” at the State Tournament.

He went on the play two years of football & basketball at Texas A&M before joining the Marines and serving in World War II.