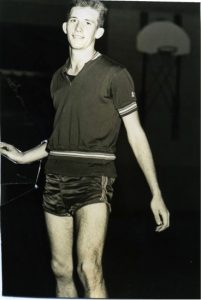 West was named All-State as a Sr in 1960, he was the leading rebounder & the 3rd leading scorer as a Soph on the 1958 State Championship Team. In the State Final he had 10 points & 17 rebounds.

As a Jr, West broke the school record for points in a game with 36 points. The Tigers went 29-4 West’s Jr year.

As a Sr West averaged 15.7 pts a game & the Tigers went 35-6 reaching the State Tournament. West was also named to the All-Tournament Team. He was named Super-Centex by the Waco Times Herald & participated in the High School All Star Game. 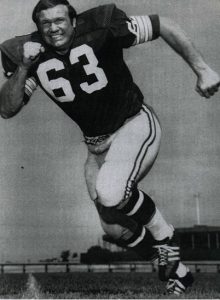 Winkler was later named to the Tarleton State Hall of Fame. 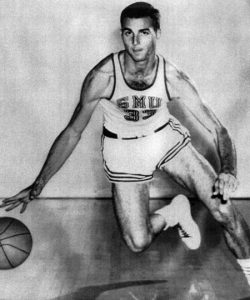 Ward was named 1st Team All-State in 1961 by the Texas Sportswriters. The 6’5″ guard, averaged 18 ppg in 1961, he also played in the High School All-Star game. Ward was also a member on the District Champion Mile Relay team.

He was recruited by all of the SWC schools, Ward started 3 years at SMU. Ward led the 1965 SMU Mustangs to the NCAA playoffs, where he scored 26 pts and had 10 rebounds. He was named a co-captain & top Sr athlete at SMU, he was also 2nd team All-SWC. 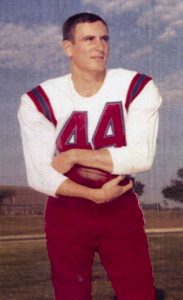 Stark went on to play football at SMU, where he started as a soph and was named top defensive back as a Jr. He was also the President of the SMU freshman class. 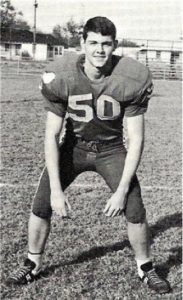 Ken Law was a 3-year starter for the Tigers at Center, he was 3rd team All-State in 1965, All-District as a Jr & Sr & made the All-Centex Team as a Senior. 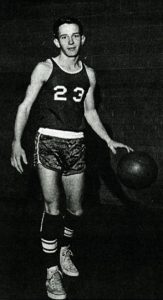 He also won medalist honors as a golfer at District as a Junior & Senior, just missing a spot in the State Tournament. 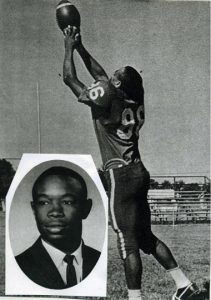 Evans was named 3rd Team 3-A All-State as a 5’10” 168 lb Sr in 1966. He was Belton’s first African-American All-State athlete, as Harris High School had closed in 1965. Evans was the Tigers leading receiver in 1966 with 495 yds & a remarkable 23.5 yards per catch average. He was also named All-District, All Cen-tex & All-State by Texas Sportswriters.

Evans went on to play defensive back at The University of Texas Arlington where he started as Jr & Sr. He still holds the school record with 4 interceptions in one game. He was named Honorable Mention All-Southland Conference. 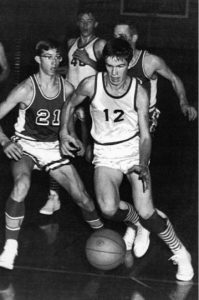 Grant was Ambidextrous so he was nicknamed “Two-Gun Tommy” & specialized in long range shots in era before the 3 point line. Was a career 87″ from the free throw line. 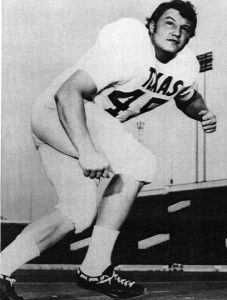 He was recruited by all of the SWC as a 6’3″ 214 lb linebacker. Lee went on to play football for Darrell Royal and The University of Texas. He was a 3 year starter at linebacker at Texas & started on Royal’s 1970 National Championship Team. As a Sr, he helped the Longhorns to a 10-1 recored, they finished ranked #3 in the Nation. 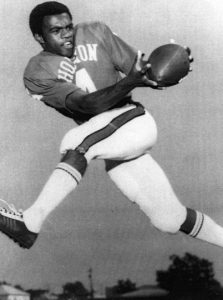 Ford was a 3 year starter at The University of Houston, he was the leading receiver and returner on the team all 3 years. He still holds the NCAA record as the only player to catch two 99 yard TD passes during his career.

Ford went into coaching after college. He coached in High School, College & the NFL. During his career coaching in the NFL, Ford coached in 3 superbowls. 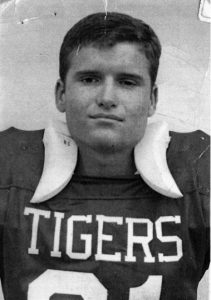 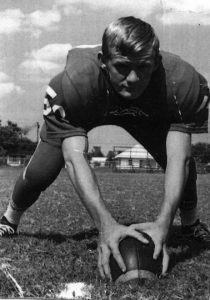 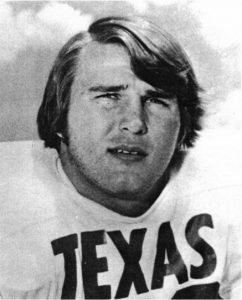 Bartek was also the State runner-up in the shot with a throw of 60’5″. He played Full-Back & Linebacker at The University of Texas.

District Tournament
8:00 am
View All Events