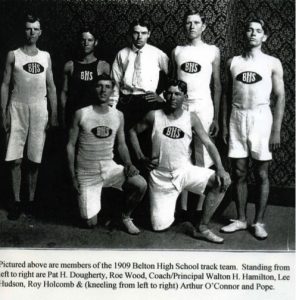 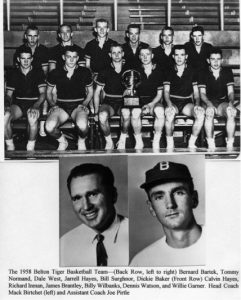 In 1958, Belton won its only Basketball State Title with a 58-56 victory over New London in sudden death overtime.

The Tigers trailed by 8 pts with 2 1/2 minutes to play, but rallied back with a 17-9 run. Sr James Brantley made 2 FT’s in the second (sudden death) OT to secure the State Championship.

Ten of the twelve players on the team received athletic scholarships and all 12 graduated from college. 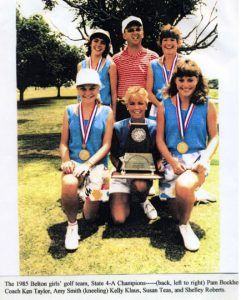 The 1985 Belton Girls Golf Team won the 4-A State Title with a winning total of 742 strokes to 760 for the runner-up Sulphur Springs.

Susan Teas was the top individual scorer at 168 & finished fourth. 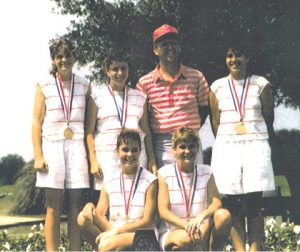 In 1988, the Belton Girls Golf Team won the 4-A state title with a winning total of 671 strokes to defeat Andrews, the defending state champion, by 64 strokes.

Shelly Yarnell and Jean Hamrick were the top Belton scorers at 165 (tied for 6th). 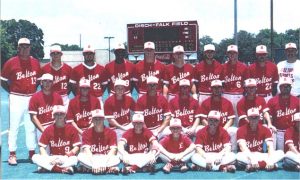 In 1994, Belton secured its only Baseball State Championship with a 4-0 Victory over Big Spring in the Class 4-A State Title Game. Belton defeated Carthage in the State Semi-Final game, coming from behind to secure a spot in the title game with a 9-5 win. 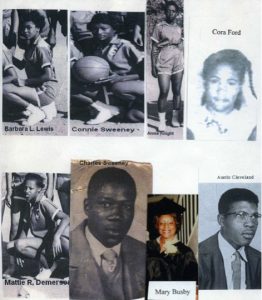 Barbara Lewis won a State Championship in Baseball Throw in 1955.

Away at Belton MS
5:00 pm
View All Events